Arguably, the largest and most popular sport in America is football. The sport exists almost largely and exclusively exists in our country (besides some other leagues, like Canada!) and almost everybody knows at least one if not a few of their friends that are diehard fans of their local team. 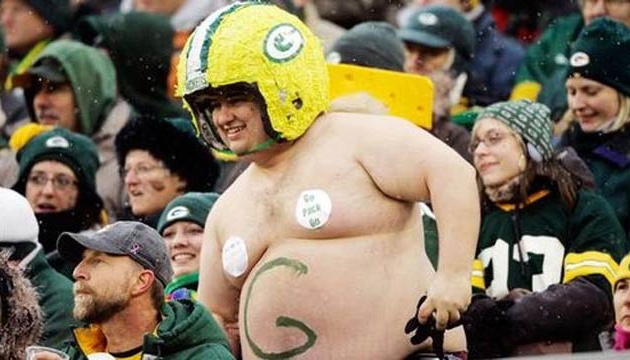 For myself, I actually like college football more, which might make some of you immediately stop reading this article, but bear with me here. The point of this post isn’t to talk about the sport itself, but to discuss how we can write about it, and make relevant questions that might capture user’s attention.

Coming up this weekend we have the NFC and AFC championship games, and for those who don’t follow the NFL too closely, it’s the conference championship game for each of the two conferences in the league, and the winners go on to play in the Super Bowl.

The four teams this year are the Patriots and the Colts from the AFC, and the Packers and Seahawks from the NFC. So what kind of quiz could we create surrounding this event? We could choose to either create a quiz testing the knowledge of our users and ask quiz like questions about the four teams, or we could make a quiz that pairs them up with a team based on the way they answer a few questions. Let’s go ahead and create a quiz considering the latter.

This can be a shorter quiz, because we don’t want to drag it out too long. What we need to do here is create 6-8 questions that might give us some insight of what kind of a fan a person really is, and if they still match up with their team by answering the questions. I’m leaning towards having the lower end of questions in our spectrum, so let’s come up with some questions that we might be able to use.

We can also title the quiz something interesting that might grab the viewers attention, and by asking them a question. ‘Do you really belong as a fan of your conference finalist team?

1. Which is your favorite quarterback? (This can be a no-brainer for fans who know their team)
2. What kind of city would you prefer to live in?
3. What kind of weather does your team prefer?
4. Favorite color?
5. Are you all for the run, or like to see the ball up in the air?
6. Who is your least favorite amongst these people?

So with just these six questions, we can make an adequate quiz that can actually give us true answers on which team our viewer’s lean towards. We want to create four answers for each question, with each one nodding a point to a respective team.

I think it’s pretty self-explanatory which answer should nod to which team on this one.

Question Number Two:
We have two coastal teams and two teams from the Midwest, so our answers could take that into consideration. We can’t just say ‘Coastal’ and Midwest’ though, as that would generalize out a bit too much. We want to make this quiz a bit more fun, and I would even go ahead and say it’s okay if some of answers nod pretty heavily towards the team they are connected to.

Question Number Three:
We can create four humorous answers that would refer to each of the teams pretty exclusively.
If it’s raining, we actually do better (Seahawks)
If it’s snowing, that’s honestly fine (Patriots)
The colder it is, the better we play (Packers)
I prefer a climate-controlled environment (Colts)

Question Number Four:
Each team has a color that defines them pretty well. The patriots are all about – you guessed it – the red white and blue, while the packers exclusively hold the yellow and green brand, the Seahawks have been having fun with pastels recently and the Colts have always run free with their signature blue.
Yellow tickles my fancy (Packers)
I’ve recently been into pastels (Seahawks)
I prefer the blue of a thousand seas (Colts)
The Colors of the Greatest Country on Earth (Patriots)

Question Number Five:
This question pertains to actually how the game is played. The Seahawks pose a duel threat with an amazing running back along with a talented QB, while the Patriots led the league in passing yards per game, with the Colts a bit behind them. The packers were also second in the league in rushing, so that puts them a bit towards the running game as well even though Aaron Rodgers poses an incredible threat in the air. Let’s create some answers with this knowledge.
Put that ball in the air as much as you can (Patriots)
I prefer the ball in the air, but the ground is alright (Colts)
Why pick one? I love both (Seahawks)
I like a strong arm, but the game is best on the ground (Packers)

Question Number Six:
Each person may have a specific foe of some notables that they may not like, and in this question and answer we can try our best to match up which fan of which team would be most likely to pick someone that they like the least.

Pete Carroll – the coach of the Seahawks. Patriot fans may not like him very much because their team is playing against them. And if you’re a UCLA fan like me, you absolutely don’t like him.
Tom Brady – a lot of people may not like Tom Brady too much, just because…well just because. In this context, Colt fans are sure to pick him since they are taking him on in the game.
What even is a Seahawk? – This answer obviously favors Packers fans because they’re playing Seattle. But in all honesty, it is a great question.
Those silly Cheeseheads – This favors the Seahawks fans that might be taking the quiz, because they know very well of the Packer’s Cheesehead.

So now that we have all of our questions laid out in a simple fashion with each answer correlating to one team, it gives us an easy way to figure out which team the user relates most with. This is a very straightforward quiz, and if you’re a true fan of your NFL Conference finalist team, you should be able to get them. Give it a try!

So we’ve discussed a very straightforward quiz today, with each answer having a specific correlation to a team. You can use the research and advice found in this post to make a similar sports quiz of your own, or go ahead and use this one.

It’s pretty easy to use some simple research of a top you want to make a quiz about, and then make it interesting enough to ensure that the user finishes the quiz and sees their results. It’s key to keep the content engaging and humorous, especially on a quiz like this. Having it only be six questions long also ensures notable progress in the bar across each section, encouraging the user to complete the quiz and find out their result.