Everyone has their own opinion about the city that they live in, whether it be good or bad. If I’m being honest, I personally love Los Angeles. Sure, along with any other big city in America there are definitely things that I highly dislike (refraining from using that ‘hate’ word) and things I feel could use a lot of improvement. But the longer I live here, the more I have grown accustomed to all the amazing things that Los Angeles has to offer.

To make a quiz like the one talked about in this article, head to tryinteract.com 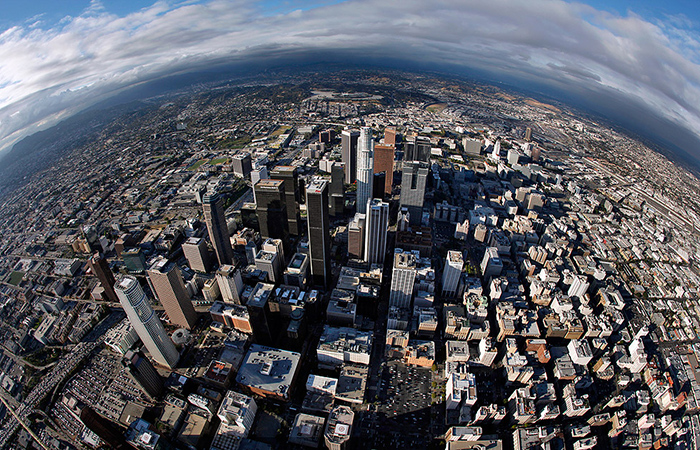 That’s why today the example city we’re going to be using is Los Angeles, well because I know it the best. It’s also a pretty easy city to write about in terms of information, so that helps as well.

After deciding the city you’re going to write a quiz about, second you must decide what the premise of your quiz is going to be. Are you going to ask the users to identify some obscure things about your city that they might not know even if they’ve lived there for a while? Or are you taking an approach of knowing some trivia about the city? Perhaps a quiz that has to do with its history?

These are all different avenues you can go down while making your quiz, and that’s only a couple of examples. For my quiz, I’m going to go with the basis of knowing some obscure facts about Los Angeles. This knowledge might come from a wide variety of subjects such as being a well-visited LA resident to knowing a little about the history of the city.

Before I go further, if you are from Los Angeles (or even if you’re not!) go ahead and take the quiz below and then we’ll talk about how I made it.

So there’s a few different steps we want to take to come up with questions.

1. Find some unique things about your city, but not too far fetched

The goal is to always ask interesting questions and keep the user engaged, but at the same time you don’t want to come up with questions that are too obscure because that might cause someone to dislike the quiz and stop taking it.

The question I thought up of that exemplifies this is ‘What did the Hollywood sign originally say?’ The answer to the question is ‘Hollywoodland’ as this is actually originally what the Hollywood sign said before it deteriorated and was refurbished. This is an interesting question that sparks some thought in the user, but isn’t too hard or obscure to deter them away. Another thing I like about this question is that if you don’t know it, it does spark the curiosity to attempt to answer so you can find out what the real answer is.

This can be another strategy to assure that you get a user to finish your quiz. With a quiz like this I personally suggest you have the quiz answers revealed at the end, and not after each question. If you can create an interesting question that the user doesn’t know the answer to, they’ll make sure to finish the quiz so they can find out the right answer and see their score.

2. History can be really interesting, so look up some facts!

Honestly, sometimes Google can be your best friend in this. Every city has some pretty fascinating facts about their history. The best part about these kinds of questions is how easy they are to find. A quick search can give you a whole boat load of awesome history facts about your city, and you can create great questions out of them.

The example question I created using this method was ‘What was the original name of Los Angeles’ with the answer being ‘El Pueblo de Nuestra Senora Reina de Los Angeles sobre el Rio Porciuncula’ which translates into ‘The town of our lady queen of the angels on the Porciucula River.’

I won’t lie, I find that to be a pretty interesting and hilarious fact. It creates a great question because it’s definitely knowledge that not everybody would know, but you can easily make three other answer options that make the question a little more difficult. Speaking back on the ‘interesting factor’ we were talking about earlier, this question definitely hits the nail on the head as the user would most likely be very interested into what the correct answer actually is.

3. Food, every city has unique eats

Playing with the passionate emotions that come with talking about the favorite food in a city can really strike a chord with a lot of the quiz takers. Everyone has their favorite local spot and favorite signature dish that exists across the city along with a favorite bar they visit by their apartment. Los Angeles is teeming with delicious food, and one of the most classic eats that originated in LA is In-N-Out burger.

In-N-Out is the favorite burger of 99% of California residents. Yes, I made up that statistic, but it seriously is the absolute best fast food burger you’ll find on the west coast. The great fact I have about In-N-Out is the fact that the first one was actually in Baldwin Park, and that led me to ask that particular question in the quiz, ‘Where was the first In-N-Out located?’

Los Angeles is known for its traffic problem, as we should be because it’s horrible here. A popular video that went viral on the Internet was an SNL sketch called ‘The Californians’ where mega stereotyped Californians talked about, well California stuff. But basically the most prominent quotes from these sketches were when the characters talked about their LA freeway usage.

This was also hilariously accurate. We have some pretty impressive freeways here, and there are lots of them. I decided to ask a question based on these freeways, and which ones you would take to get from point A to point B. This was one of my favorite questions and it was ‘Which freeways would you take from the Getty to Azusa?’ The answer is the 405 to the 101 to the 134 to the 210. Notice the word ‘the’ in front of the freeway names. Yes, we entitle our freeways that way.

I found this to be a niche thing that all Los Angeles residents can relate to and find humorous. It works as a perfect question because at the same time, a user might have a different way that they would personally take that route using four other freeways. This causes curiosity and confirms that you do really know your freeways if you get it right.

The preposition of this question also led me to ask users to identify the freeway interchange that the photo below belongs to. 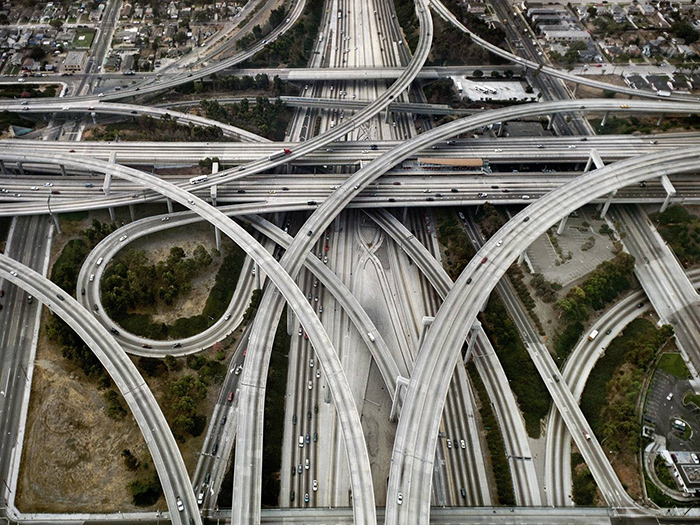 This is the magnificent interchange of the 105 and the 110. A lot of people have seen this photo before because it really is an impressive piece of modern infrastructure, but often times people don’t know that it’s actually in LA or that they’ve driven through it before. This questions works out great because it tests that knowledge.

So we’ve talked about four different subjects that you can approach to write a great quiz about your city. Every city or town in the US has different unique qualities that make it awesome and different, so coming up with questions shouldn’t be too hard!

Create a City Quiz for Free!