The issue a lot of websites have these days is getting people to actually buy products through them. You could have a well designed, robust website with great user experience, but if you can’t sell the product what’s the point?

That’s where the idea of gaining leads come in. The idea here is that instead of focusing directly on a goal of getting users to funnel all the way through your site and buy a product, you quickly and simply have them hand you a piece of their information. Most commonly this comes in the form of their email. With this you can actively begin communicating with them and establishing a relationship with your brand.

To make a quiz like the ones talked about in this article, head on over to tryinteract.com.

Normal retail conversion rates vary from 2-3%. So that means that for every 100 people that visit your website, only 2 or 3 of them actually buy anything. If you’re a company that is younger or just starting out, chances are you’re experiencing a rate even lower than that, hovering around 1%. If that’s true, you could have the technique and skill to get 1000 users to your website, and only 10 of them actually follow through to buy anything. That’s no good.

So what’s the incredible technique to get that rate up?

Yup, all those quizzes you’ve seen online recently actually can have a lot of value to companies that are using them. Often times these days companies send out weekly newsletters with updates on their product, or general news about the company. The amount of subscribers on these newsletters is crucial, because every time you blast out an email, you are reopening the conversation with anyone who is subscribed to receive emails.

The idea here is that you create a quiz that relates to your company or product, and then at the end of the quiz you ask for the email of the quiz taker. Every time a user fills in their email and hits submit, that’s one new lead you just gained that you wouldn’t have had otherwise.

So that sounds great and all you say, but does it actually work? Well we have some crazy and interesting data with our customers that will easily convince you that it does indeed work.

The Country Music Network made a quiz called ‘How Well Do You Know George Strait?’ testing users on their ability to answer questions about this country star legend. They found incredible success with this quiz, boasting 66,896 views, 55,444 completions, and 24,162 collected emails. That gives them an 82% completion rate, and a 44% conversion rate on leads collected to quizzes completed. And if we’re being honest here, that’s incredible!

A second successful quiz that they created is called ‘Think You Know Alan Jackson?’ which also raked in some great leads for them. They had 49,827 quiz views, 39,035 completions, and 13,023 leads generated. That gives this quiz a 78% completion rate and a 33% conversion rate.

And finally, a third quiz called ‘Which Grammy Award Winning Country Song Are You?’ also did incredibly well in this regard. To throw some more numbers at you, they were able to get 27,612 quiz views, 22,999 quiz completions, and 7,865 collected emails. Doing some math that gives us an 83% completion rate, and a 34% conversion rate on emails collected. Below is a chart that wraps up all these numbers in a more visual sense, with each circle representing the total number for the above stats. 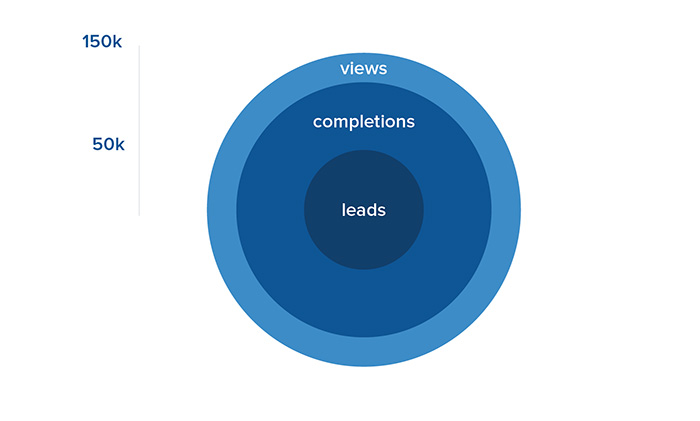 In addition to these they obtained 6,306 more lead in a couple other quizzes I didn’t mention, which led me to the total number just shy of 150k above.

Just by using these quizzes and their outreach resources, CMN were able to collect just over 45,000 emails to add to their database. That’s an amazing amount of additional outreach they have to work with that wouldn’t exist if it weren’t for these quizzes.

Now what if you’re a smaller business that can’t boast that many views on quizzes? Does it still work for you? My answer is a resounding yes, and here are a couple examples of quizzes that obtained fewer views but still converted plenty of leads.

Afar.com made a fantastic quiz asking the question ‘Where should you go in 2015?’ They got an overwhelming positive response, and stirred up quite the conversation on their website from users that had taken the quiz.

To talk about their statistics a little bit, the quiz was viewed 19,505 times, had 13,534 quiz completions, and ultimately collected 5,826 leads. Percentage wise that puts the quiz at a 70% completion rate, and a 43% conversion rate for emails. 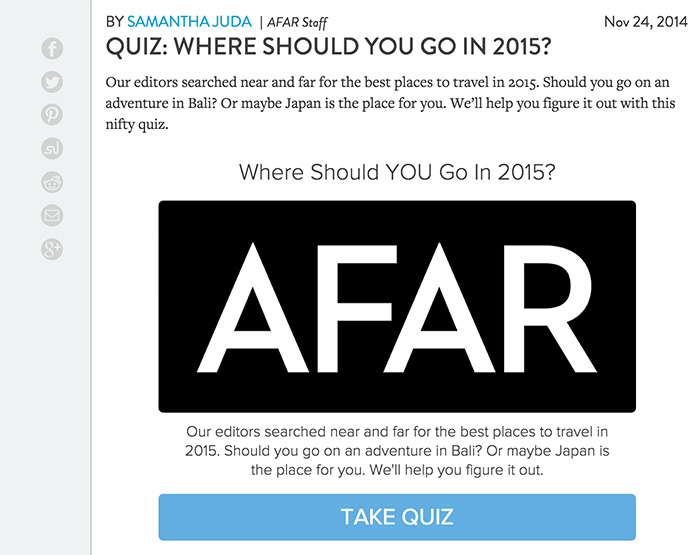 They found success in a well-thought and well-timed quiz. I said it above and I’ll say it here again, without this quiz they would have 5,000 less subscribers to their email list, and that is a big number for the marketers of their website. 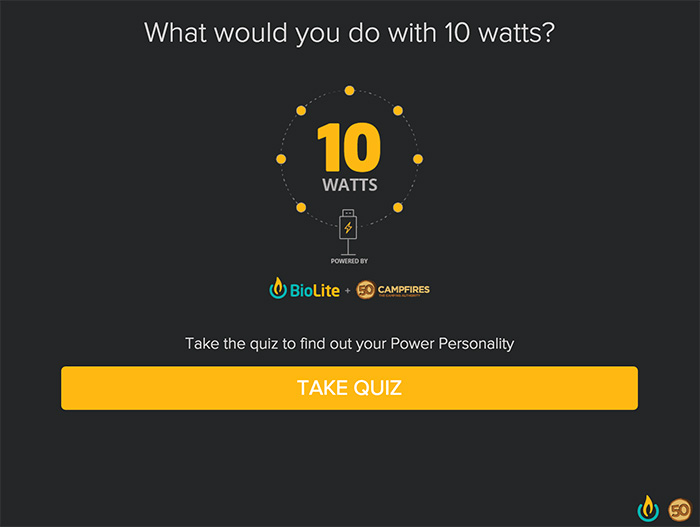 BioLite created a quiz that personally gets my applause for it being designed so well. This quiz boasted one of the highest conversion rates I’ve seen for a quiz through our site, gaining 4,879 leads on 5,613 quiz views. Which is quite crazy because that means this quiz boasts an 86% conversion rate for leads! That’s more than most quizzes get on views to completions, so BioLite really knew what they we’re doing and who they were targeting with this quiz. 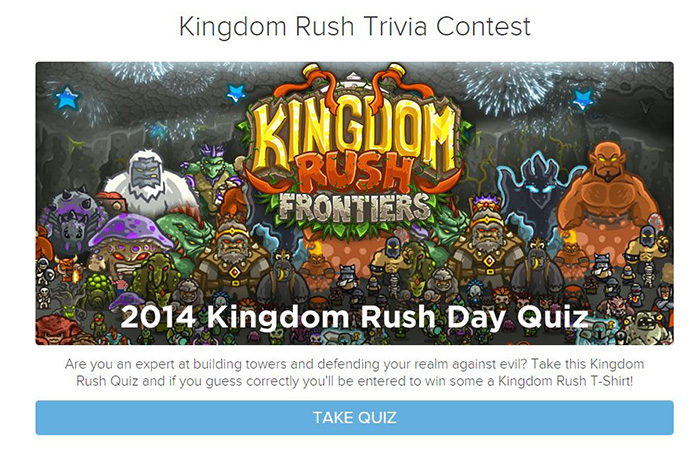 This quiz idea was a great one – Kingdom Rush ran a quiz contest, and gave awards to some of the users that completed the quiz and used their email to contact them. They set up a process that had users take the quiz, give Kingdom Rush their email, see their results and then find out at the end of the contest if they had one. The catch was that you had to give them your email in order to be entered into the contest, and so through this they were able to collect over 3,000 leads to add to their email list with just about 5,000 people viewing it. In my opinion this is a great and clever way to add emails to your database, and it has clearly worked for them.

So, why should I do this too?

Now that we’ve seen all these examples and I’ve been able to show you companies that it has worked for, how does this tie back in to gaining more customers for product?

When a user visits your website, statistics say you have about 15 seconds to gain their attention before half of those users drop off. If you’re concerned about a conversion rate of 1%, maybe it’s time to try a new technique to at least get something instead of nothing out of the people that visit your website. The solution we found is that if 98% of the people aren’t going to buy a product, we should at least try to get the emails of 20% of those people so we can follow up and hopefully turn them into another customer. Leads provide another avenue to reach potential customers besides just our website, and as a business you always want to strive to gain customers in whatever way you can.

We honestly believe that quizzes can be a great solution to this issue. When they’re well created, worded properly and relate to the demographic that the website is trying to reach, success through a quiz is imminent. They grab the attention of the user quickly, and can even keep them on your site for minutes instead of seconds. This establishes longer viewership and the beginning of a relationship that you as a company can pursue if you collect their email.

So we think you should try it, and what do you have to lose? Something is always better than nothing.