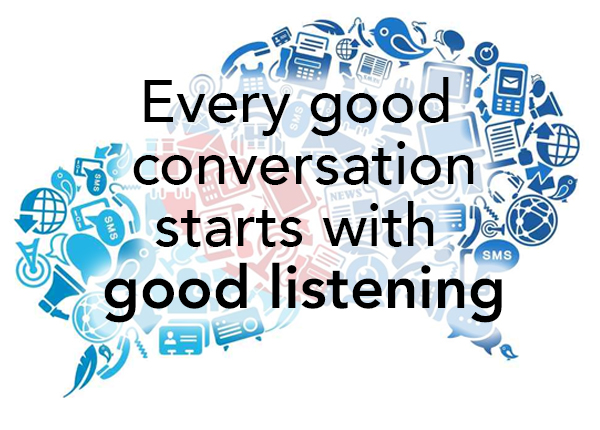 The least respected, most valuable skill any marketer can have is listening. To illustrate, here’s a story of two firms. The first is a company like IBM, well rooted in the world with a strong product full of features. The second is a company like Dropbox, old enough to be competitive with the big guns, but too young to have a truly diverse feature set. The two companies bid on the same project, IBM presents for eight hours on all their features and capabilities, super proud of what they have to offer. Dropbox presents for twenty minutes, then asks questions for the next three hours. Guess who won the contract?

Why did they win? (in case it was unclear, the Dropbox in this story won). Dropbox won because they understood what the client wanted after listening for three hours. Dropbox was able to pinpoint the real pain points in the organization and then show how the features they do have could address the issues presented. Instead of pushing features, they were able to talk about solutions.

How to Listen Online:

How to ask good questions:

Two ears, one mouth – listen twice as much as you talk. Our example Dropbox did it and beat out a larger, existing company, Wufoo did it and created an army of loyal customers, you can do it and anchor your business as a must-have. Listening isn’t as sexy as presenting cool features, but it sure can create success.